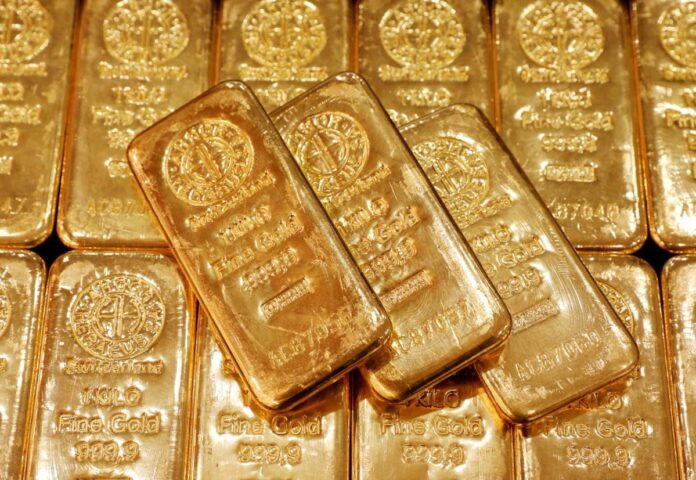 Determining the value and worth of money has been a problem that humanity hasn’t been able to solve. People would think that after thousands of years, we’d have stable currencies. However, that’s not the case. Even today, the ratio between the dollar, euro, yen, and other currencies changes on a daily basis.

All of these currencies represent abstract concepts, like trust in government and the economy of a specific country or a multitude of them. At the end of the day, money turns out to be worth only what someone else is willing to give for it. Follow this page to read more about it https://www.reuters.com/business/gold-prices-inch-higher-ahead-us-inflation-data-2022-04-12/.

Over the past fifty years, the governments of the world have collectively decided to print more of it. That move hasn’t made society richer. Instead, it turned out to give the central banks and government more power since they monopolized its production of it.

When all other things are equaled out, the expansion in the money supply will only make prices go higher. That has happened quite a few times throughout history, and we can learn from those examples.

How Has Money Evolved Through The Ages?

The oldest civilization that we know of is Ancient Mesopotamia. Their society was booming 5000 years BC, and they invented clay tablets and the first written word. They used clay tokens to record agricultural transactions, which seems a bit weird.

Most people think that the first written records are of stories, myths, and legends. But the truth is, it’s always been about the finances. Mesopotamians used blocks of silver, rings, wool, and barley as currencies. Looking at the clay tablets leaves everyone in awe about how they have survived for so long.

Even though they were made from plain mud, they’ve endured more than entire civilizations and buildings. Those clay records represent loans that one person has given to another and the payback that’s to be expected. The basic concept is quite easy to understand because we use cheques and banknotes all the time. Clay tablets were the predecessors of paper money, which can be deemed useless in the future.

When we’re using paper dollars nowadays, we’re trusting the Federal Reserve not to inflate the currency supply of the dollar. You can get more information here. However, since we’re experiencing an 8 percent inflation rate, we can all agree that they’ve done a terrible job at that.

Over the past fifty years, the purchasing power of the dollar has declined rapidly, but everyone remains content with the concept and the idea of using paper and coins that have numbers on them. Since the information revolution, we’re even happier to see digital numbers in our bank accounts that never materialize.

We can use invisible transfers to pay for goods and services without touching a dime. At the moment, cash that Americans use on a daily basis only accounts for 11 percent of the entire monetary measure in the country. Money, by definition, is intangible, which makes its nature weird and unpredictable.

The main idea behind the concept of money is its faith and belief that the people who issue out the money will honor their end of the deal and cheque the transfer. It’s an instance of inscribed trust on an LCD screen, paper, clay, or precious metals.

The trust that needs to be maintained is between a borrower and a lender, which started in Mesopotamia. What’s even more, their system was quite modernized because the tablets didn’t state what was supposed to be repaid. Rather, they just noted that the bearer of the clay tablet would receive silver, barley, or wool in a specific amount. That’s how credit started, and private finance expanded to the rest of the world.

What Problems Does Gold Solve?

If we were to go back to the Gold Standard, a lot of problems would be solved immediately, but there would also be a major crisis. Since the government has been printing money with no basis, that will need to disappear just like it was created.

The only way to know how far down in the hole we really are is for them to release records of their activities. But that’s not going to happen. The government and the Fed are going to let a massive crisis happen before they decide to open their doors to the general public. That’s why you need to be prepared for the worst.

Hyperinflation is something that’s very real, and it can happen at any time. Since we’re at the peak of an instability cycle, there’s a high chance that single-digit inflation can turn into double or triple digits over the course of a week or two.

During that kind of event, people start to panic because the money they’re using has no value. A loaf of bread that you bought yesterday for 50 cents can cost 20 dollars the following day and a thousand dollars a week later. The only asset that retains its value in times like those is gold. That has been confirmed thousands of times throughout history and in every single part of the world.

We all share the same human nature. Whoever is in a position of power can be corrupted, which is why systems need to exist. Gold has always served as a balance because we can’t create more of it. The Fed can create more dollars out of thin air, which is why they keep doing it. But under the Gold Standard, they wouldn’t be able to. Alchemy is something that hasn’t been accomplished, even though we’ve landed rovers on other planets and celestial bodies.

Modern finance is going to take a massive hit in the following years, which is why physical gold and silver are the only answers. After a few hundred years, the entire financial system needs a massive reset, and things start to become better again. Amassing as many coins and bullion as you can, will keep you safe even in the most troublesome times.

Read more about: Advantages of Prospecting Training For Your Business